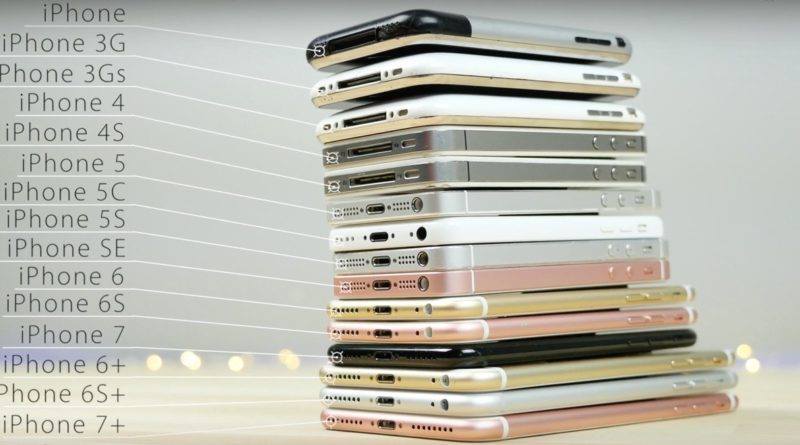 Video of the Day: Guys from the Youtube channel EverythingApplePro, decided to make a video comparison of all iPhone models from 2007 to 2016.

The first iPhone from all iPhone models list has been announced during the conference MacWorld Expo 9 years ago. The revolutionary smartphone, without a doubt, has changed the development of mobile devices.

Two weeks ago, came into the arena the next update from Apple: two flagship iPhone 7 and iPhone 7 Plus. According to the company, the performance of devices compared to the original iPhone has increased in 120 times.

YouTube channel EverythingApplePro, decided to compare the speed of all iPhone models, released in the last nine years. Let’s take a look at the results of the comparison.

According to materials – EverythingApplePro